After Hurricane Irma in 2017, then-governor Rick Scott signed two pieces of legislation, HB7099 and SPB7028 into law which changed the course for assisted living facilities and nursing homes. These bills require that both assisted living facilities and nursing homes in Florida meet certain requirements regarding back-up power generation. They state that any licensed facility that provides medical care in accordance with assisted living or nursing shall be equipped to provide up to 96 hours of back-up power generation, in the event of a grid failure such as with Irma.

Specifically, this is called “Emergency Climate Control for Assisted Living Facilities and Nursing Homes.” Sadly, a dozen elderly patients passed away during the aftermath of Irma, mostly due to high temperatures and humidity in facilities where power had failed for days due to the catastrophic event. While some of these facilities already had a standby generator, they failed during operation due to poor maintenance and unknown mechanical issues. Most assisted living facilities and nursing homes with standby generators had rarely tested them under load, if at all. The deaths that occurred in the wake of Irma were entirely preventable.

At the beginning of summer 2018, more than 75% of the facilities mandated to provide their patients with standby power had asked for an extension of the deadline. By September 1st, 2018, just over 150 nursing homes had achieved compliance. Less than half of the over 3400 assisted living facilities in Florida had achieved compliance by this date, also. This is problematic for several reasons; an entire hurricane season came and went without them being prepared, and fines were levied against facilities that had not received an exception or extension.

Florida Power Solutions has and will continue to work with licensed facilities and move them towards compliance. Taking into consideration the needs of patients and staff, we work closely with each facility in order to put together a timely, cost-effective solution for installing a commercial standby generator. With the next hurricane season starting in just a few months, installation of a generator is once again becoming a top priority. If you are seeking a company that cares about their citizens, Florida Power Solutions is there for you! 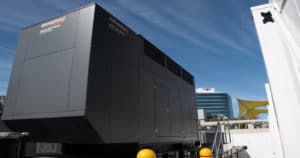 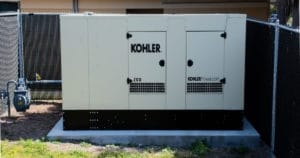 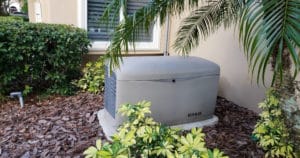 Currently High Demad For Genreators Due To COVID & Hurricane Season